Is It Really a Good Thing For a Property To Sell Over Its Reserve Price?

Don’t Seek Out the Agent Selling Way Above Reserve 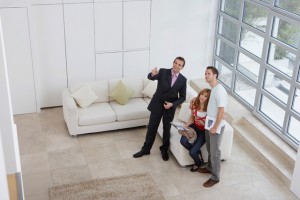 During the media’s usual coverage of the property market, one particular story that seems to recur time and again is the one about the property that defied all expectations when it sold for a tidy sum well above its reserve price on auction day — usually a figure in the many hundreds of thousands.

So common is this type of media story, and not least of all in Sydney’s Lower North Shore, that many vendors have come to believe it’s actually a good news one, when, in fact, it’s anything but. If you read my blog post on how to set the reserve price for your home, or view my video containing my tips for auction day (you can receive access to my entire video series by subscribing to my website), then you will have a good understanding of why it’s important to set the right reserve price for your home on auction day.

The Problem with Huge Differences Between Reserve and Selling Prices

When there’s a shortfall between the highest bid and the reserve price by a very significant amount and the property is passed in, it’s often a pretty clear indicator something went wrong during the auction campaign. The same can be said for the property that ‘defies all expectations’ and sells for $1.9 million, $600k above its reserve.

The reserve should be based, among other things, on feedback the agent has received from buyers, the number of contracts out on the property, and any variation should be minimal. Big differences in the reserve and the ultimate selling price indicates, not that the market is unpredictably hot as most agents would have us believe, but that the agent was not in touch with buyers and the market.

Variation in the Reserve Price Should be Minimal

As I said, there’s always going to be some variation in the reserve and the final selling price, but it should be about 10-15 percent — not almost 50 percent of the reserve price. You see, the thing you need to remember about the reserve price is that it often signals to buyers that — yes the property is officially on the market — but that the market value for that property has also been met.

Very few people want to pay too much for something, least of all property. So meeting the reserve often serves as a signal to buyers that they should slow down with their bidding. Imagine what might have happened, then, if the agent selling the property that sold for $600k over its reserve had actually set the right one: there’s every chance that bidding would have continued to exceed the correct reserve by, at least, another 10 percent.

‘Imagine what might have happened, then, if the agent selling the property that sold for $600k over its reserve had actually set the right one: there’s every chance that bidding would have continued to exceed the correct reserve by, at least, another 10 percent.’

That’s why these sorts of auction results should not be celebrated. My advice is don’t seek out agents who flaunt these kinds of results, thinking that it’s going to signal an inflated price for your own property. Instead, choose your agent carefully in the belief that they will help you set a reserve price that accurately reflects the market. If you’re thinking of selling, I invite you to request an obligation-free appraisal of your home from my website, or subscribe to receive access to my free educational videos about selling property.