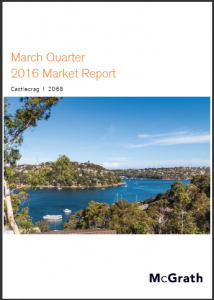 The roads of Castlecrag follow the natural contours of the land rather than using a grid plan, which was characteristic of many suburbs in Sydney at the tim, reflecting the first residents belief that the built environment should respect the natural environment. The trees that bordered the roads in Castlecrag were not removed and the roads were barely visible from above. Furthermore, the layout of the streets also provided residents with views of the landscape and are influenced by the Griffins family who moved there after designing the Canberra landscape in the early 1920’s

North Shore Private Hospital and the Royal North Shore (public) Hospital are very close – they are next to each other and towards the city near St Leonards and both primary and secondary schools are located within the area and in surrounding suburbs.

100% of dwellings are separate houses and there are only 19.54 residents per hectare yet the suburb is a short distance from North Sydney and the main arterial roads to the city and airport. 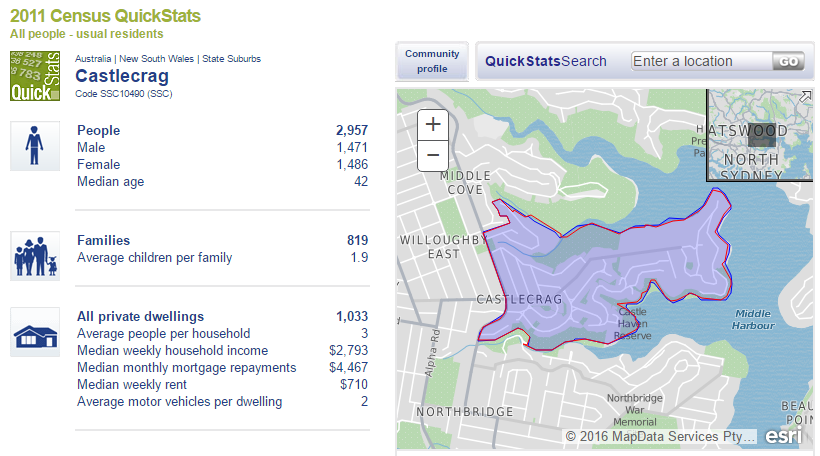